The shame of the blame game

On Friday night Christina Martin posted a link which caught my eye. It was a few lines from a local paper which said that a blind, deaf, tube-fed, non verbal, disabled man from Scotland had been deemed fit for work by the DWP. As a result of not completing the form correctly his benefits will be stopped on 7th June and he will have to access the appeal process to have this decision over turned.

This man has to have 24 hour care and the person who had completed his form for him as his disability prevents him had not included something in the 30 page form which meant that due to that error his money will stop.

These forms are very lengthy they are complicated and they ask many intimate and intrusive questions very like the Disability benefit forms I complete on behalf of my children (Disability Living Allowance) they suck the hope out of you as you detail why those you care for need help.

It isn't any one of those things. It's all of them.

The man was deemed fit for work, by virtue of an error a mistake. This mistake will take weeks to rectify and if reading this you still feel that this is a justifiable process in order to weed out the liars and fakes living in mansions and driving luxury cars, I ask you to think again.

The fact is that more money is lost in DWP error, than is lost through benefits granted to liars and fakes.

The fact that you feel this is a justification at all simply means that you have been desensitised by effective propaganda because Disabled people are the new scapegoats de jour.

Hopefully this error will be addressed but how long will it take and how was this allowed to happen?

Irrespective of what was omitted the words blind, deaf, epilepsy, non-verbal, were all, I'm sure included as were contact details, and medical contacts. A simple phone call would have resolved this issue rather than a systemic failure of a vulnerable man and a letter no doubt 2nd class announcing the cessation of all benefits with the only right to reply a lengthy and complicated appeal.

My thoughts are with those without a support network, those who are killing themselves because they have lost, or fear losing their benefits.

We have turned disabled people into the enemy within, as our hearts harden against the very people who need us the most.

The battle against disabled people shames us all.


Posted by Nicky Clark at 09:44 Links to this post 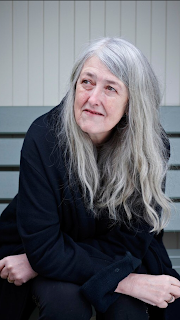 Last Night on Twitter a response from the ever brilliant Claire Phipps, caught my eye replying to the *interesting* MP Tom Harris.

He was shoring up his credentials as former Social Media Tsar by decrying the man who slapped an egg on Ed Miliband's shoulder. Tom Harris called him a loser but that wasn't the problem. The problem which Claire had rightly noted, was his choice of words to describe him as a loser.

The target of Harris ire was of course the protestor, which was his excuse, however he decided to employ the analogy of a girl and this was his mistake. In using a girl as an epithet for coward with poor aim or lack of strength he equated the feminine with the negative.

Many activists on Labour's "day of days" leapt to his defence, using the predictable "PC gone mad" and "can't say anything these days" and "stop being so sensitive" and " what about free speech" (not mine obviously they only ever mean theirs) and on and on and on.

The fact that they couldn't see the sexism inherent in his commenting, is their own problem the point is it was wrong, it was evoking a stereotype and it was firmly filed in the box marked BANTER.

I'm a bit sick of banter. Banter is bullshit frankly. Its a great cover all term if what you want to be is racist or sexist or homophobic or disablist. It's condones and encouraged and it enables bigotry to take hold, become normalised and then accepted.
So this morning I decided to respond to the notion of banter, especially in relation to sexism.

I'm 45 and so have heard a fair bit of sexism as banter over the years. I decided to write a sexist tweet for every year that I've been exposed to sexism which is of course all of them. I attached the hashtag banterbigotry because that's what it is.

The thread once it kicked in, drew the ire of some men who accused me predictably of sexism. As they mansplained (brilliant word not mine) where I was going wrong and where they were absolutely correct, they failed to see that the tweets, apart from once or twice weren't only directed at men's sexism.

Sexism knows no gender in my experience.

So here they all are. They highlight the bigotry as detailed. They are a mirror to views I've heard or experienced. My views  are contained in the final tweets.

Thanks for reading and if you feel the need to savage me with a bit of banter bigotry I completely understand, You're a sexist, I mean entitled to free speech Nik xx

No.1 'Girls' aren't funny, they just need to get a sense of humour when 'jokes' are made about them.

No 3 'Girls"who get old are redundant They must be young and pretty forever.Intelligence is no replacement for looks

No 4. 'Girls' will be told what is sexist and what isn't.They have no right to individual opinion the consensus will decide.

No 5. 'Girls' will not get angry this is a male emotion. They must remain calm not 'shrill or aggressive'. They are 'Girls'

No 6. A 'Girls' role is to be a mother.If they reject this this they are 'unnatural'anyone is entitled to voice this to them.

No 7. Politics is preferably the domain of men.'Girls' can rise but in a controlled way.They must be attractive & dress well.

No 8. 'Girls' perform a vital role in the film industry.Their flesh must be displayed routinely & gratuitously (when young)

No 9. 'Girls' should not be drunk.If they endure a sexual attack this inebriation 'mitigates' the responsibility of attacker.

No 10. 'Girls" who dress provocatively, walk alone at night,express an interest in sex etc are deemed to be 'up for it'.

No 11. 'Girls" are still girls even when they are adults.If you protest 'Girls' you are 'humourless,militant harridans'.

No 12. 'Girls' should try harder to be feminine rather than feminist. They are mutually exclusive (see harridans),

No.14 The status of a 'Girls' menstral cycle is a legitimate topic for questioning. usually followed by the word love

No 15 The gender of a baby is determined by sperm.Although this is not produced by 'Girls' 'failure' is exclusively theirs.

No 16. 'Girls' who 'get' pregnant (see 'sluts') forfeit their decision making to religious doctrine most vocal usually "boys"

No 17 The female body is access all areas. Pinching, patting etc. 'Girls' who complain should be grateful (see harridans)

No 19 A man who leaves old 'girl' for young fit girl=hero.'Desperate harridan' 'embarrassing herself' with young male='slut'.

No 20. 'Girls" who let themselves go by getting FAT will reap justifiable fury of the media & world. (see feminists/divorce)

No 22 The Mary Beard Question- represents the most dangerous "Girl" of all. Avoid at all costs due to intellectual capacity

No 23. If challenged by a "Girl" don't panic. Distract with ball which they cant catch, can't throw back & will no doubt cry

No 24. Working 'Girls' don't earn more don't eclipse career wise and if your child/pet is ill it's up to you to take time off

No 26 Historical aspect for women notwithstanding, Men now being oppressed by 'girls' even some of the pretty ones SEXISTS

No 27 'Girls' do not choose to be unmarried.This is a myth (see ugly/feminist/militant/bossy/opinionated/dumped/unshaved)

No 28. Hairy 'girls'=disgusting more work needed on brainwashing.Try loudly shouting "I wouldn't- not even with yours mate"

No 29 'Girls' stop talking about Sex as though you like it. It's a 'girl' chore for you like ironing (see desperate harridans)

No.31 Science & nerdiness generally is for 'boys' 'girls" who try & be clever are just embarrassing everyone (see comedy)

No 32. 'Girls' your breasts are for sex only stop whipping out your 'swingers' in public to feed a baby (see divorce) YUCK

No 33. 'Girls' who work as bar staff etc if people try to chat you up this is a compliment (see humourless)

No 34 'Girls' who don't cook especially if they have children are bad wives and mothers.(see hairy girls/divorce/a therapist)

No 37 'Girls' bodies need to conform to narrow appeal especially breasts and bottoms. Cellulite=losers/ugly (see Daily Mail)
No 40 To some 'Girls' are just walking activity centres.Some men use violence when their argument runs out to control

No 43 Girls grow up into women -oppress us, beat us, ridicule us, disenfranchise us with #banterbigotry we are equal to any challenge


No 44 I've seen many challenges in my life & known and loved many incredible women, clearly those who routinely use #banterbigotry haven't

No 45 So you can take your #banterbigotry and shove it up your sexist arses. Best Nik xx

Posted by Nicky Clark at 13:08 Links to this post