Yesterday afternoon I got a phonecall, saying that mum was having difficulty breathing. She’s been in end stage Alzheimers for a year now.
We got there and mum was unconscious. She was making a terrible rasping rattle as she breathed and her tiny little body was struggling with the attempt.
The nurses from her home were waiting for the out of hours doctor to arrive and I’m embarrassed to say that I panicked.
I spoke to the doctor ,shouted is probably a better description and told him the situation and he sent an ambulance.
I hadn’t thought, I hadn’t stopped to remember the DNR. She’s our mum.
The ambulance arrived and the team took all of mum’s stats. In their opinion she had about two hours and as she is DNR they suggested that we respect her wishes and let her go.
The two hours passed.
She rallied a little, her breathing quieter, less terrifying. Blood began pouring from her mouth at one point, which had me running to find a nurse, but apparently she had bitten her tongue as they think she had a seizure.
She’s peaceful. She’s warm. She’s safe. No one can tell us what’s going to happen.
No one knows.
One of the worst moments arrived without warning yesterday and no one can tell us if it’s still standing beside her or has moved on for now.
There is nothing to do but wait.
Posted by Nicky Clark at 06:53

For Danny, who everyone loved. 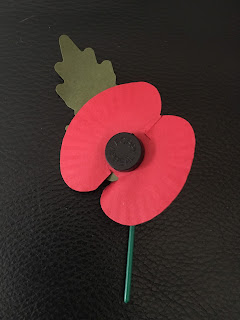 Daniel George Hill, Lance Corporal in the Argyll and Southern Highlanders was taking a break from his duties manning the machine gun, and enjoying a peaceful cigarette.

It was a calm moment, a rare event during the first battle of the Somme.

Then a mortar bomb landed feet from him and the huge explosion threw him into the supporting wall of the trench shattering his right arm.

Danny was incapacitated briefly. Then he got very annoyed. With his right arm broken, he stood and taking a hand grenade from his pocket with his left hand he drew the pin with his teeth.

He stood on the trench step and threw the grenade, at which point a bullet passed through his out-stretched left hand.

Danny’s battle wasn’t over. The bullet ensured he lost the use of two of his fingers and the battle medical team, being what it was, he had his broken arm amputated.

Danny was sent home to Northern Ireland on 100% disability pension and like many disabled veterans struggled to find work.

He was eventually successful, however the sad fact was that his employers rewarded his bravery by deducting his disability pension from his pay.

Danny was a great man and struggled and won many battles in his life brought on by the most horrific battle of them all.

His integrity had meant that many years later, when his wife urged him to stay at home because he wasn’t feeling well, he refused.
As a wages clerk he wanted to make sure the men all got paid for Christmas.

As he walked home he collapsed from a heart attack and died.

I never met my Grandad, he died before I was born but the stories of him lived on and I'm retelling one of them here with grateful thanks, to him and to all those who died and all who survived.

A loving mother and an example of hate

Disablist language is very much on my mind this morning. Or actually the victims of disablist language.
After Example, a musician with 500,000 followers posted a tweet comparing Frankie Cocozza to a special needs version of a member of One direction or as he called it “Mong” direction, on Twitter a young special needs teacher challenged him and received the predictable savaging from his fans. He is due to appear at a Mencap Benefit soon. So that's ironic.
Why does it keep happening? When did disability become the go to guy for targeted abuse? Why isn’t our legislation drawn to protect disabled people from hate speech in the same way as all targeted groups. It is as an aggravating factor, in crime, which prompts tougher sentences for  burglary or assault for example, but that simply isn’t good enough.
It’s hate speech, a crime in and of itself for others.
Again what woke me up this morning were nightmares about Fiona and Francecca.
After ten years of abuse at the hands of a bullying gang both verbal and physical after ten years of being ignored by support services in place to protect them, after ten years of fighting and trying, she killed her severely learning disabled daughter and herself.
She’d planned it and had for several days driven around until she found the right spot. She had, in her view no other choice. She knew the world at it’s harshest and at it’s most real. No-one cared. No-one would help and she knew it.
In the days before they died the family’s house was once again targeted and patrolled by the thugs. They stood outside and the gang leader who led the others in calling Francecca a retard, shouted “we can do whatever we like and there is nothing you can do about it”.
He was right.
Finding the “perfect place” and with Francecca in the back, Fiona  doused the car in petrol, set it on fire and got in.
She didn’t want her daughter to be afraid so she put Francecca’s pet rabbit on her knee to calm her.
That detail is the one that makes me cry the most. It’s making me cry now, she was being a good mother, she was trying to soothe her petrified child as she killed her. She knew she couldn’t go on and she thought  no-one would care about her daughter afterwards.
The stories about institutionalised abuse of disabled people in residential hospitals, which are now surfacing, bear out her concerns.
It was supposed to be a watershed in the attitudes of service providers, of the police, of communities. It was supposed to be a Stephen Lawrence moment, an opportunity  to take stock and make changes. Yet recently all the officers concerned were exonerated.
We all failed Fiona and Francecca, and David Askew and Gemma Hayter. I fiercely defend them, when I challenge a celebrity because that’s what we are supposed to do. We’re supposed to care about others, otherwise what is the point of any of this?
Fiona and many others like her will continue to see murder/suicide as the only escape they have whilst we turn our heads from the injustice they deal with on a daily basis. When we laugh along or let verbal abuse go- because we don’t want to make a fuss; because it’s not our fight, we fail them.
Meanwhile a musician thinks it’s fine to use people like Francecca as the punchline to his joke.
Well it’s not fine by my standards it’s not at all good enough.


Note- After reading this blog Example got in touch on Twitter, he wrote @mrsnickyclark read your blog post. Moving stuff. Let me know if you ever need help raising awareness for anything
Posted by Nicky Clark at 08:26