"We need to talk about Ivan" Enable column April 2015 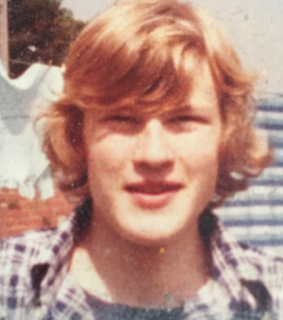 On Christmas day 1978 my brother who was 17 died from primary pulmonary hypertension. I was twelve at the time and the memory of my mum telling me, is seared into my mind.

This answer would either prompt an embarrassed and clumsy, albeit well-intentioned, attempt to say something compassionate; or cause a silence of awkwardness from the listener so all encompassing, as to be deafening.

This was the late seventies and although we have evolved more now, in terms of bereavement, this is still too often our attitude towards death, especially in respect of children.

Therefore I empathise hugely with David Cameron in terms of his son Ivan, who had cerebral palsy and severe epilepsy, and who died in 2009 aged only six.

With the current policy towards welfare reform affecting disabled people, many people are understandably angry.  Activists will cite Cameron’s life experience as being one, which should positively inform his policies and whilst they have a point, it has led to unpleasant commenting of a presumed manipulation of Ivan’s memory being used cynically by him as we approach a General Election..

I’m not a Tory supporter but I don’t believe that two issues should be conflated in this way. Ed Miliband is the son of an immigrant and this does not prevent him talking about his father, whilst leading a party who are framing policy around immigration.

David and Samantha Cameron lost their child; their other children lost their brother. If they’re expected never to mention him, then they face the same dilemma as my mum did thirty-seven years ago.

Anything less makes us all monsters.