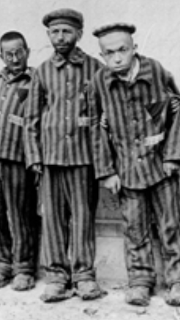 The wider rollout of the Aktion T4 Euthansaia programme to include disabled adults with downs syndrome, epilepsy, cerebral palsy, those with depression, elderly people with dementia, those with psychiatric illnesses and anything else deemed "undesirable" was timed to coincide with the invasion of Poland. The murder of disabled people was justified as being necessary to free up beds for returning injured German soldiers. German schoolchildren were taught about the cost and burden of disabled people on the state and were taught how much this was draining the state, in maths lessons.

Six extermination centres were set up across Germany : Brandenberg, Gradfeneck, Bernburg, Sonnestein, Hartheim and Hadamar where in one year alone 1940-1941, more than 70,000 disabled people were murdered in pursuit of their eugenics agenda.

In total it’s estimated that 300,000 disabled people were murdered under the Aktion T4 Euthanasia Programme. 8000 of whom were disabled children. The enforced sterilizations are believed to have been performed on 400,000 adults. 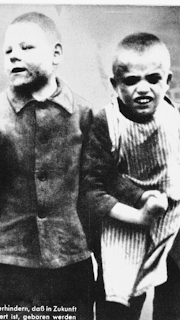