It's the economy stupid. 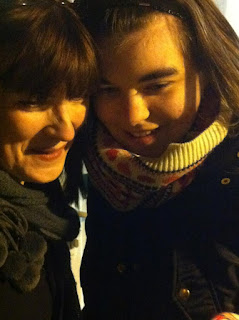 My understanding of disability benefits, their role and purpose is that they exist to pay for the extra costs incurred by being disabled.

In that way I differ from my local Council who, it seems, believe that they exist to fund the costs of care. I might be wrong but it’s certainly how it feels today.

My daughter Emily lives alone except for a 24-hour care package of 3-1 carers.

She was until the late Summer of 2017 fully funded by the NHS. Then we all had a meeting and they felt that Emily shouldn’t be funded by them anymore.

She was funded by them, at school and into her own home. They fund her care package.

The care package and the care provider haven’t changed.

The house she lives in with the 24 hour care package hasn’t changed.

The only thing that has changed in the 19 months in which the NHS have funded my daughter, appears to be their minds.

There was then another meeting. This time it was between the social worker and the NHS assessor. They disagreed.

It was then elevated to senior managers from the Councl and the CCG. In a meeting on their own. They decided it was a no and that the Council and CCG would share funding. The split “to be decided”

Whilst all of this was going on, the Council financial assessors became involved. In September 2017 they decided that Emily was on the wrong level of benefit.

The financial assessors decided that Emily should receive £329 per week and with that in mind they sent me a form to means test Emily as by their estimation Emily should be contributing £138 per week to the costs of her care.

This is because the Council now jointly funds her care with the CCG. It’s not free anymore.

I contacted the DWP as that’s what I was told to do. They said they would review Emily’s case.

This was all before Christmas and as these things take a while, I was waiting. I’d also asked for a review of Emily’s continuing healthcare funding. I thought that as the CCG and Council were in partnership this would be communicated.

There are several other wrangles ongoing during this time but I can’t write about any of them due to a COP injunction. But I can write about this as it isn’t.

On Tuesday I opened a letter addressed to Emily via me. It was an invoice for care that Emily had received from 8th November 2017 until 31st December 2017.

Now that date is significant because that’s the date the financial assessment spoke to the benefits assessor who told them what they felt Emily should be on benefits wise. Not what she was on but what she should be on and now this is the golden rule.

She’s not getting that and wasn’t then, but they have that figure from that date and so that’s set in stone.

The amount they want back from Emily is £1109. As I hadn’t returned the means testing form, because I was appealing the decision and had told the financial assessor this, she just triggered the demand notice.

So now we’re up to today.

Today I got an email from the financial assessor at the council.

She has taken it upon herself to speak to the DWP. Yes that’s right the DWP about Emily. She must have had an interesting time because in her email to me afterwards she refers to Emily as Nicola. Twice.

According to her the DWP have not had notification from me of many things. They have, I spoke to them in November but she probably just did another estimate. She mentioned again the uplift in disability benefits, the fact that they wouldn't ask for the money until she receives the uplift in benefits and she kindly said that when Emily gets her increase they may back date the care costs.

So one thing jumps out at me straight away. I gave birth to Emily 21 years ago. I know that because I was there and because I have witnesses and yet to talk to the DWP even on the phone, I had to be certified as an appointee. I had to be visited at my own home by a member of staff from the DWP with proof of who I was before I could discuss anything. It turns out I should just have got a job at the Council.

So my point is this what the hell are the Council playing at. I know times are tough because I’ve protested most of the cuts locally but increasing my daughter’s benefits to recoup money seems very low to me. In fact if I did that, I’d be prosecuted for financial abuse.

The uplift in benefits are because Emily is disabled not because the NHS won’t fund her anymore.

This uplift if awarded and it won’t be because under the new DWP rules if you can walk you’re not that disabled, will amount to £329 pw

But don’t forget the Council have estimated and they’re never wrong.

So let’s pretend she receives £329 pw

So now Emily (still not disabled on purpose) has £201pw

The difference to Emily in real terms will be £18 pw.

The difference to Emily over a year will be £936.

BUT the difference to the Council over a year will be £7,176 of Emily’s disability benefits.

So I have an estimate too. 2395 people clamed Employment and Support Allowance in Shrewsbury in 2017. I don’t know how many of them claimed PIP at the higher rate but let’s estimate that it’s all of them.

If that’s the case and the Council has sent them a bill for £138 pw that’s a potential income generation of £17,636,504  directly from disabled people’s pockets.

I'm sure it isn't though. As I say it's an estimate and no-one ever bases anything, on those. Or we could call it what it is a Disability Tax that should never have to be paid.
Posted by Nicky Clark at 19:27